A Year in Review 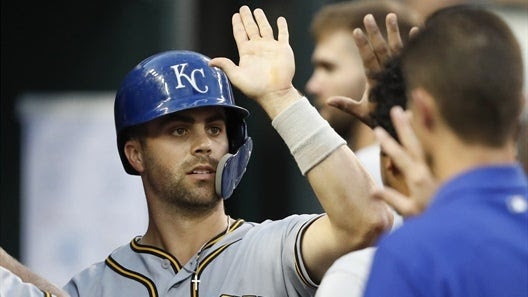 When it is all said and done, Coach DeMonte will have the bragging rights for this entire offseason. CITY SLICKERS II ended the 2019 season with the league-leading total of 82 Roto Category Points. Their good standing can be attributed, in part, to their infielders, who ranked 3rd in the league. Whit Merrifield was the leader of that pack, producing 4.6 Additional Roto Points for CITY SLICKERS II this season.

When it came to infielders however, nobody had a better group than MASTERBLASTERS, who got 12.12 Additional Roto Points out of the position. Meanwhile, Coaches Kent Johnson and Patrick Whelan could only dream about good infielder play this year, as TEABAGGERS’s infielders were the worst in the league, costing their team 12.77 Roto Category Points. Jose Rondon shares a big part of the blame for that lackluster group’s performance, costing TEABAGGERS 2.4 Roto Points during the 11 starts he made this year.

ARMCHAIR SLUGGERS had lots of positional problems, which drove them into the ditch at 25 Roto Category Points. That was the worst mark in the league. They finished in the bottom third of the league in seven categories, including home runs, RBIs, and batting average. The unimpressive finish was partially due to their 10th ranked outfielders.

While SKINS finished in the middle of the pack, they did so in spectacular fashion. They finished in the top third of two stat categories, while being in the bottom third of five. When you put all of those category extremes together they lead to a very average 8th place finish.

As Coach Stetz wonders why DEADZONES failed to finish at the top of the standings, he will have to think about weeks 11 to 13 when DEADZONES looked like the worst team in the league. They dropped three spots in the overall standings over that unhappy stretch. Yusei Kikuchi should shoulder much of the blame, as he was the team’s worst player over that span. DEADZONES were able to overcome that cold snap, but not fully, finishing in the middle of the pack in 6th place overall.

Justin Verlander was the rock upon which SCHNOOKERS were built, as he was the best player in the league, delivering the equivalent of 8.6 Additional Roto Points all by his lonesome. He posted 21 wins, racked up a 0.80 WHIP, and recorded a 2.58 ERA in 34 games started. Thanks in part to that performance, SCHNOOKERS managed to finish in 3rd place overall.

MASTERBLASTERS came so close and yet were so far, winding up in second place. Their good standing can be attributed, in part, to their outfielders, who ranked 2nd in the league. Yordan Alvarez was the key member of that stalwart corps, producing 2.8 Additional Roto Points for MASTERBLASTERS this season.

Everyone on the Level

It was all for one and one for all with Colt 45s this season, as they ended up with the most balanced lineup in the league. Unfortunately, this was partly due to their top players not doing so well. Marcus Semien, Emilio Pagan, and Jonathan Villar posted 10.6 Additional Roto Points (ARP) while in the starting lineup this year, which was very so-so production for a team’s top three group this season. Their next three best players, J.D. Martinez, Hansel Robles, and Eddie Rosario, finished up at 9.1 Additional Roto Points (ARP).

When faced with tough decisions, Coach Denton’s usual move was to just stay the course. SPACE COWBOYS used less starters than any other team, putting only 41 different players into the lineup during the regular season. Sticking to their guns really worked for SPACE COWBOYS, as they managed to finish in 4th place overall.

It Couldn’t Be Worse

There’s always next year for Coaches Jim Rodrigues and Paul Keriazes. This year, however, ARMCHAIR SLUGGERS wound up in last place in the overall standings. The unimpressive finish was partially due to their 10th ranked outfielders. Jon Jay shares a big part of the blame for that lackluster group’s performance, costing ARMCHAIR SLUGGERS 1.6 Roto Points during the six starts he made this year.

King of the League

When it is all said and done, Coach DeMonte will have the bragging rights for this entire offseason. CITY SLICKERS II ended the 2019 season with the league-leading total of 82 Roto Category Points. They finished in the top third of the league in eight categories, including being first place in batting average and wins. They were led by Whit Merrifield, Danny Santana, and Elvis Andrus, who collectively came up with 12.8 Additional Roto Points while in the starting lineup.