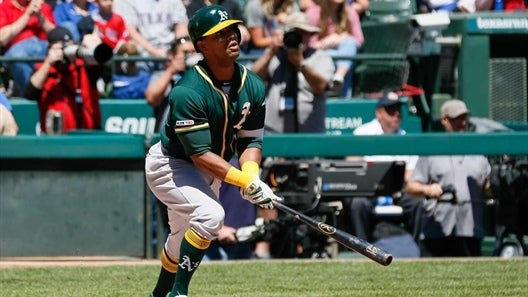 SKINS had the biggest jump in the rankings thanks to Khris Davis.

Anthony Bass is the main reason for MASTERBLASTERS’s jump in the rankings, as he totaled 2 saves and produced a 0.38 WHIP.

SCHNOOKERS put up big numbers last week, and followed that up with yet another huge performance this week.

SPACE COWBOYS have now had to deal with six straight weeks where J.P. Crawford has underperformed his positional average.

TEABAGGERS have moved up a total of five slots over the past five weeks.

Eloy Jimenez is on a nice trajectory for DEADZONES, improving his performance in our roto player metric for three straight weeks.

Only coming up with 1 stolen base, 1 win, and 6 home runs caused SHAMS to careen down three spots in our power rankings.

DEADWOODS’s performance two weeks ago was in the bottom 20th percentile for the season, and so was last week’s.