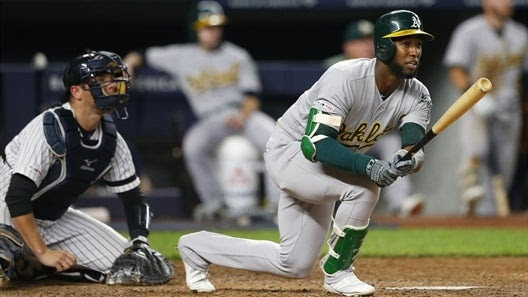 Jurickson Profar was an all-around champ this week, as he posted 6 RBIs and banged out 2 HRs.

DEADZONES had the biggest jump in the rankings thanks to Jurickson Profar.

SCHNOOKERS have now moved up a total of five slots over the past five weeks.

3 (3) SPACE COWBOYS
Jorge Soler is on a nice trajectory for SPACE COWBOYS, improving his performance in our roto player metric for three straight weeks.

Francisco Lindor is the main reason for MASTERBLASTERS’s jump in the rankings, as he blasted 3 home runs, swiped 2 bases, and racked up 5 RBIs.

SHAMS is moving up largely on the strength of their performance in the WHIP category, where they have notched a 1.08 WHIP in 45 and 1/3 innings over the past three weeks.

TEABAGGERS have now had to deal with five straight weeks where Matthew Boyd has underperformed his positional average.

DEADWOODS had the worst performance of any team this week, which predictably led to a power rankings drop.

Putting up 4 saves, 11 HRs, and 32 RBIs allowed DEADZONES to rocket up three slots in the power rankings.

After only managing 0 stolen bases, a .204 BA, and 18 RBIs, we peg ARMCHAIR SLUGGERS as the least powerful team around.