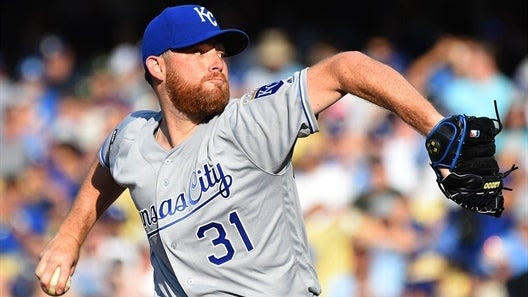 Ian Kennedy was an all-around champ , as he.

TEABAGGERS had the biggest jump in the rankings thanks to Ian Kennedy.

Mike Clevinger has been on fire across his last 11 starts (dating back to the first week of July), earning a 9-0 record and 1.86 ERA with 92 strikeouts in 67.2 innings.

Colt 45s have now had to deal with seven straight weeks where Matt Duffy has underperformed his positional average.

Brad Hand is the main reason for SPACE COWBOYS’s jump in the rankings, as he logged 2 saves and notched a 0.00 WHIP.

MASTERBLASTERS dropped and no one is more to blame than Cam Bedrosian, who sported a 20.25 ERA, produced a 3.75 WHIP, and logged 0 saves.

Putting up 4 saves, a 1.14 WHIP, and a 3.98 ERA allowed TEABAGGERS to rocket up four slots in the power rankings.

Albert Pujols is on a nice trajectory for DEADWOODS, improving his performance in our roto player metric for three straight weeks.

SHAMS hasn’t had an above average team performance in three weeks.

ARMCHAIR SLUGGERS have been enjoying the services of Adam Ottavino, who has given them seven straight weeks of above-average roto performance.

SKINS’s performance two weeks ago was in the bottom 20th percentile for the season, and so was last week’s.

11 (11) SALUKIS
SALUKIS came up with 4 saves, 12 home runs, and a .255 BA, but stayed in the same spot this week due to a horrible performance in the stolen bases category.

After only coming up with 1 stolen base, 1 win, and a 1.58 WHIP, we peg DEADZONES as the least powerful team around.