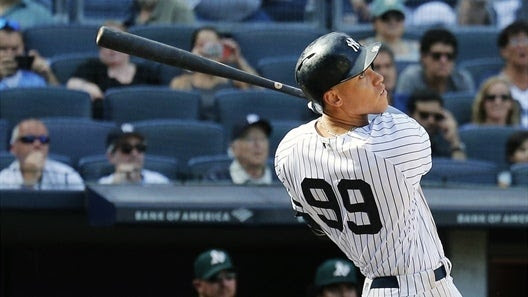 Photo by USATSIDEADWOODS stood out in the home runs category, clobbering 14 of them. C.J. Cron and Aaron Judge were the prime movers for DEADWOODS, cranking out 3 HRs each. The Judge became the third fastest ever to hit 100 home runs with this 462-foot rocket to straightaway center Tuesday afternoon. DEADWOODS moved up from 7th to 5th in the HRs standings. 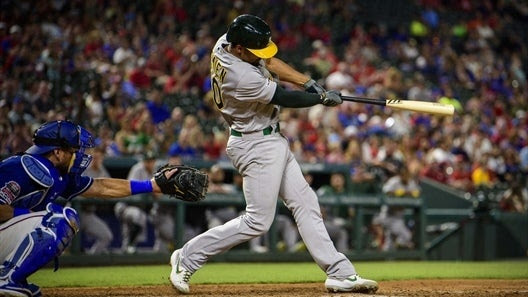 Colt 45s can happily forget their 12th place ranking in the RBIs standings 22 weeks ago. They moved into 4th place this week after logging 52 RBIs. Coach Kelly’s squad was led by the tag team of Marcus Semien and J.D. Martinez, who together notched 21 RBIs. Semien alone racked up 11 RBIs, which topped all players this week.

The King is Dead

MASTERBLASTERS fell off their perch at the top of the league and into 2nd place overall. They had poor showings in four stat categories, including moving down one spot in wins. Coaches Colin Scoggins and keith mckinley’s squad suffered from eight zeros in that category, one of which came from Cam Bedrosian, who also sported a 20.25 ERA and produced a 3.75 WHIP. Bedrosian’s performance this week broke his three game streak of surpassing his projections.

SALUKIS were already struggling this season, and that was before they collectively took week 24 off. They fell in behind all other teams, earning only 38.5 category points this week. SALUKIS came in dead last in wins, ERA, and stolen bases with 0 wins, a 9.00 ERA, and 0 stolen bases. They stayed in 11th place in the overall standings this week.