Around the League: Period 3 Recap 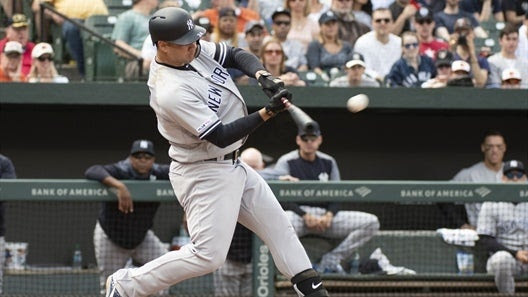 Photo by USATSISHAMS made a move in the only category that really counts this week, going from 9th to 5th in the overall standings. They made progress on many fronts- improving their standing in five categories, including a four spot jump in home runs. A league-high eight different players contributed in that category, with Gary Sanchez (5 HRs) leading the way. Sanchez went deep three times on Sunday for his first career three-homer game. 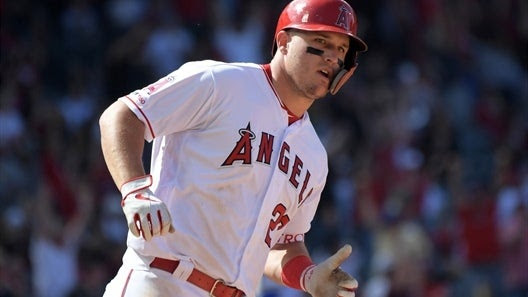 TEABAGGERS got the league’s top RBI performance this week from Mike Trout. The Millville Meteor produced 9 RBIs while leading TEABAGGERS to 30 RBIs overall. He lofted this 458 foot moon shot on the way to becoming the first American League player to hit five home runs in his team’s first four home games. TEABAGGERS moved up from 11th to 9th in the RBIs standings.

Coach Stetz had more than enough production in the home runs category this week. DEADZONES produced the week’s 2nd best performance in the HRs category despite leaving Clint Frazier and his 3 HRs on the bench. Frazier’s performance was better than every other bench-rider in the league. DEADZONES jumped up six spots and into 2nd in the HRs standings.

DEADWOODS‘s pitchers threw a party on the basepaths this week, recording a 1.81 WHIP in 29 and 1/3 innings. They were practicing their manners as they put every other team ahead of themselves in the WHIP category. Blake Treinen stuck out as the worst performer, notching a 3.43 WHIP in 2 and 1/3 innings. That caused DEADWOODS to fall from 6th to 12th in the WHIP standings. Things weren’t better in other categories, as they fell off a cliff in the overall standings, going from 1st to 8th.

The batting average category has been no stranger to turnover at the top, having produced three different leaders in the previous three weeks. This week was no exception. SCHNOOKERS moved up five spots into 1st place after batting .321. Tim Anderson was the key contributor for SCHNOOKERS, batting .769 to go along with 2 home runs and 4 RBIs.