DEADWOODS had the biggest jump in the rankings thanks to Mark Canha.

J.D. Martinez has led the Bigs since July 20 in four major hitting categories, including hits (50) and total bases (97).

CITY SLICKERS II have been enjoying the services of Jose Altuve, who has given them seven straight weeks of above-average roto performance.

Only coming up with a .229 BA, 8 home runs, and a 4.56 ERA caused SCHNOOKERS to careen down three spots in our power rankings.

SPACE COWBOYS have been the best in the league this season in the HRs category, and topped the league in that category again this week.

Nicky Lopez is on a nice trajectory for SHAMS, improving his performance in our roto player metric for three straight weeks.

Putting up 49 RBIs, 17 HRs, and a .283 BA allowed DEADWOODS to rocket up four slots in the power rankings.

TEABAGGERS have now had to deal with seven straight weeks where Ehire Adrianza has underperformed his positional average.

SALUKIS has struggled big time recently in the stolen bases category, where they have stole 4 bases over the past three weeks.

ARMCHAIR SLUGGERS hasn’t had an above average team performance in eight weeks. 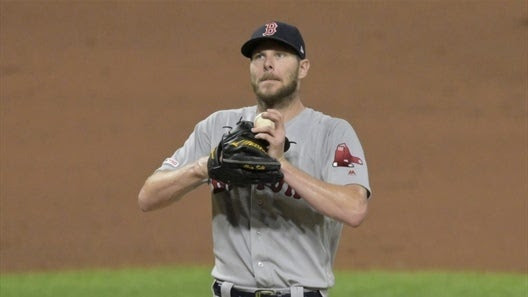 Photo by USATSIDEADWOODS did not have a good week in the WHIP category, producing a 1.53 WHIP. Coaches Francis Bujak and Guy Mawhinney might be seeing more bad performances in that category due to some bad personnel news. Chris Sale apparently will not need Tommy John surgery but he has been officially shut down for the rest of the season just as he was heating back up. 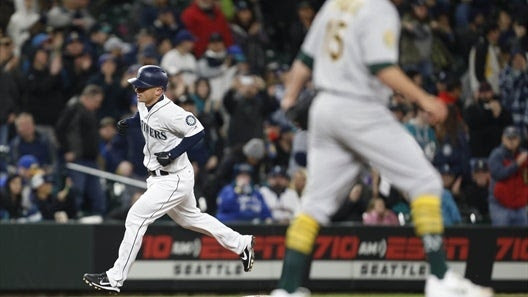 Colt 45s‘ batters didn’t leave their teammates hanging this week as they accumulated 58 RBIs. That’s the best result that any team this season has had in the RBIs category. Kyle Seager led a very balanced group of nine overperformers for Colt 45s this week, posting 9 RBIs. That Hank Aaron-esque performance pushed Colt 45s from 7th to 5th in the RBIs standings. 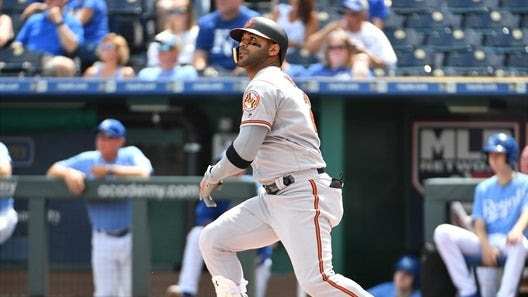 SPACE COWBOYS are running away with the home runs category because of weeks like this one. They weren’t messing around when it came to HRs this week, launching 19 of them. Jonathan Villar separated himself from the rest of the crew on SPACE COWBOYS, blasting 5 HRs to go along with 6 RBIs and a .333 BA in 27 at bats. SPACE COWBOYS are miles, well, 42 HRs, ahead of MASTERBLASTERS.

SCHNOOKERS got the league’s top stolen base performance this week from Delino DeShields. DeShields swiped 4 bases while leading SCHNOOKERS to 5 stolen bases overall. He hasn’t been messing around recently, recording more stolen bases than any other starting player over the last three weeks. Despite that, SCHNOOKERS stayed in 2nd place in the stolen bases standings, 3 stolen bases behind MASTERBLASTERS. SCHNOOKERS fell from 5th to 6th in the overall rankings.

SKINS remains in 10th place overall for the 8th straight week, despite some sub-par performances. They got poor results in three stat categories, including a three spot drop in batting average. Two players stood out for their poor performance, with Bubba Starling and Danny Jansen combining to post a .000 BA. Jansen’s performance this week definitively ended a three game streak of beating the experts’ projections.

Around the League: Period 22 Recap 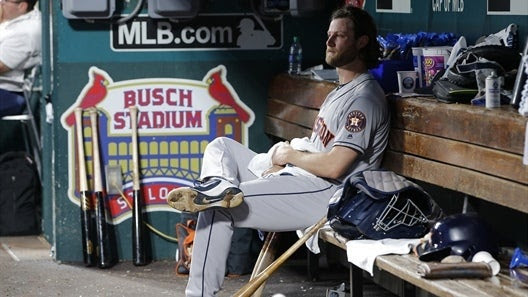 Photo by USATSIMASTERBLASTERS dominated the ERA category this week, producing a 2.29 ERA. That performance was enough to put MASTERBLASTERS in the top spot for ERA. Unfortunately, more good performances in that category are going to be harder to come by due to some bad personnel news. Gerrit Cole was a late scratch from his scheduled Tuesday start (hamstring) but is expected to slot back into the rotation, perhaps as early as Monday. 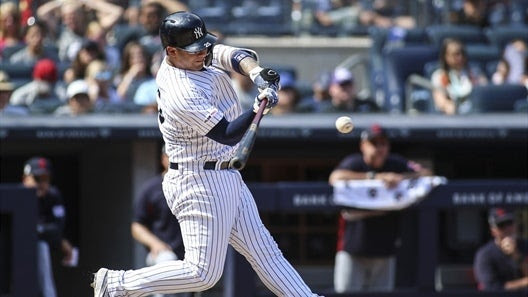 SALUKIS showed everybody how it’s done in the home runs department, cranking out 16 of them. They relied heavily on Gleyber Torres, who launched 6 HRs to go along with 11 RBIs. Torres became the sole owner of the Orioles Monday, hitting three home runs across a double header: to date, he’d hit 13 of his 26 home runs against Baltimore — the most ever by a single player against one team in the divisional era. SALUKIS jumped up two spots and into 7th in the HRs standings. 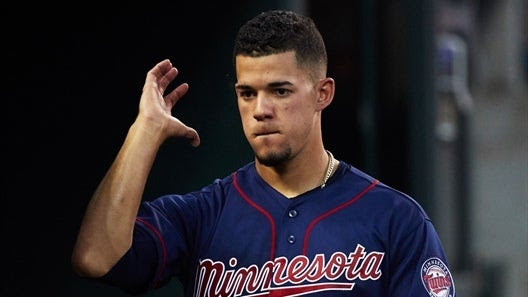 SHAMS spent another week in the 8th position overall, but sits in a good position to improve next week. They’ve got real good chances to move up in batting average, saves, WHIP, and ERA. Positive moves in each of those spots would give SHAMS 48 category points overall, and a likely 7th place position.

DEADWOODS needs to hope that this week is not a sign of things to come. They were bringing up the rear, coming up with only 36 category points. DEADWOODS were at the back of the line in wins, ERA, and stolen bases with 0 wins, a 6.50 ERA, and 0 stolen bases. As a result, they fell down the overall standings for the 2nd straight week, moving from 7th to 9th.

DEADZONES had the biggest jump in the rankings thanks to Mike Tauchman.

Mike Tauchman is the main reason for DEADZONES’s jump in the rankings, as he clobbered 5 HRs, recorded 10 RBIs, and swiped 2 bases.

3 (3) MASTERBLASTERS
Yordan Alvarez is on a nice trajectory for MASTERBLASTERS, improving his performance in our roto player metric for three straight weeks.

CITY SLICKERS II dropped and no one is more to blame than Matthew Boyd, who sported a 16.88 ERA, tallied a 3.38 WHIP, and won 0 games.

SALUKIS have been enjoying the services of Reynaldo Lopez, who has given them five straight weeks of above-average roto performance.

SCHNOOKERS hasn’t had an above average team performance in five weeks.

Blake Treinen blew the save Monday and took the L after allowing Cubs hitters four earned runs on four hits, indicative of the 4.75 ERA and 1.58 WHIP he currently sports, the second-highest of his career.

After only managing 0 stolen bases, a .232 BA, and a 5.22 ERA, we peg ARMCHAIR SLUGGERS as the least powerful team around.

Around the League: Period 21 Recap 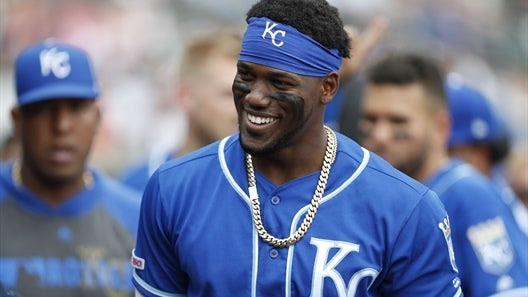 Photo by USATSISPACE COWBOYS got the league’s top home run performance this week from Jorge Soler. Soler launched 6 HRs while leading SPACE COWBOYS to 11 HRs overall. He hit home runs 34 and 35 on Sunday, surpassing his total of 33 dingers through all of 2015-2018 (that’s 283 games!). SPACE COWBOYS stayed in 1st place in the HRs standings. They fell from 2nd to 3rd in the overall rankings. 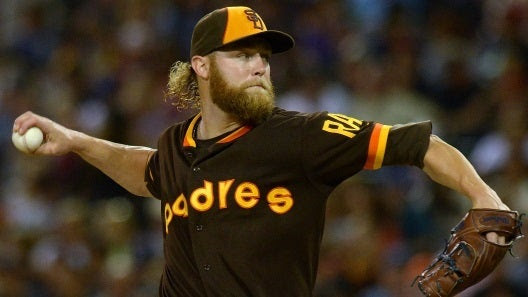 Photo by USATSITEABAGGERS have fallen for two weeks in a row now, going from 8th to 9th. They dropped in four stat categories, including moving down one spot in WHIP. Coaches Kent Johnson and Patrick Whelan’s squad suffered through poor performances from Andrew Cashner, Brad Keller, and Justin Verlander, who collectively recorded a 2.22 WHIP in 18 innings. J.V.’s performance this week broke his four game streak of surpassing his projections.

Keep Up the Good Work

DEADZONES absolutely lit up the scoreboard this week. They racked up a league-high 82.5 category points. Coach Stetz’s squad pulled off an impressive feat this week, coming in first in RBIs, stolen bases, home runs, and saves. As a result, DEADZONES moved up the overall rankings for the 2nd straight week, going from 7th to 6th.

SKINS’s have been on a tear since finding themselves in 11th place in the ERA standings back in week two. Their 2.79 ERA pushed them into 2nd place this week. Coaches Mark Hodgkins and Frank Grzegorzewski’s squad had several players step up in that category, as five starters beat the league average. Aaron Bummer was just a bit ahead of the others, sporting a 0.00 ERA in 3 and 1/3 innings. 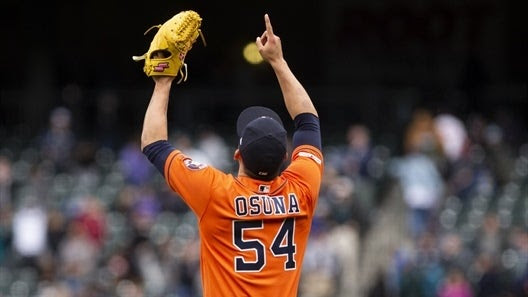 Roberto Osuna was an all-around champ this week, as he recorded a 0.00 WHIP, totaled 2 saves, and sported a 0.00 ERA.

DEADZONES had the biggest jump in the rankings thanks to Roberto Osuna.

Must be bathing in the fountain of youth and bringing his bat with him, as he has 70 total bases in his last 72 at-bats.

Colt 45s have now moved up a total of seven slots over the past five weeks.

MASTERBLASTERS have been the best in the league this season in the stolen bases category, and topped the league in that category again this week.

Only coming up with a 1.66 WHIP, 2 wins, and 24 RBIs caused CITY SLICKERS II to careen down three spots in our power rankings.

Putting up 4 saves, 41 RBIs, and 12 home runs allowed DEADZONES to rocket up five slots in the power rankings.

Chris Sale’s struggles at Yankee Stadium continued Saturday giving him an atrocious 23 hits and sixteen earned runs in his 14.2 innings pitched there over his last three starts.

TEABAGGERS had a great week last time the rankings were compiled, but fell off big time afterwards.

SHAMS had the worst performance of any team this week, which predictably led to a power rankings drop.

ARMCHAIR SLUGGERS hasn’t had an above average team performance in five weeks.

Around the League: Period 20 Recap

Leave it to Me 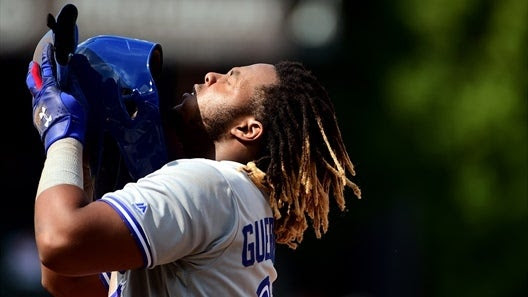 Photo by USATSISHAMS got the league’s top batting average performance this week from Vladimir Guerrero. Guerrero hit .500 while leading SHAMS to a .262 BA overall. His two-homer, four-RBI Thursday night made MLB history for the youngster with a five-game RBI stretch no one else his age has accomplished before. SHAMS moved up the batting average standings for the 2nd straight week, going from 3rd to 2nd.

DEADZONES have been struggling in the saves category this season, but looked good this week. They were saving like they grew up in the depression, notching four overall. That was the highest save total of any team this week. As a result, DEADZONES moved up from 12th to 11th in the saves standings. 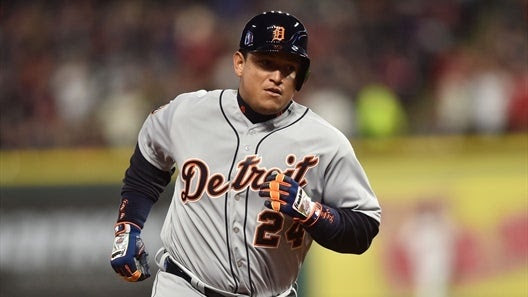 Photo by USATSIColt 45s is stuck in 4th place overall for the 3rd straight week, despite making some progress. They improved their rank in three stat categories, including moving up two places in home runs. They had more players helping out in the category than any other team, with ten total contributors, and five (including Miguel Cabrera) who banged out 2 HRs. Cabrera’s performance this week ended a four game streak of failing to hit his projections. 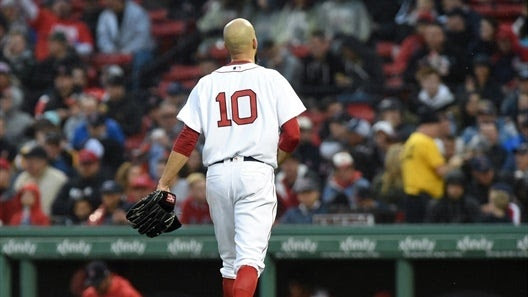 Photo by USATSICITY SLICKERS II‘s  belly-itchers had all sorts of trouble in the WHIP department and finished with a less-than-spectacular a 1.66 WHIP. They were practicing their manners as they put every other team ahead of themselves in the WHIP category this week. David Price was clearly the weakest link for Coach DeMonte and the gang as he recorded a 3.14 WHIP in 7 innings. CITY SLICKERS II fell down the WHIP standings for the 2nd straight week, moving from 5th to 6th. 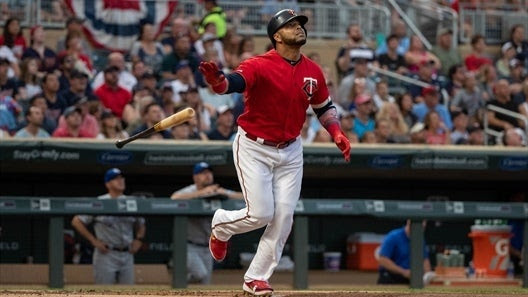