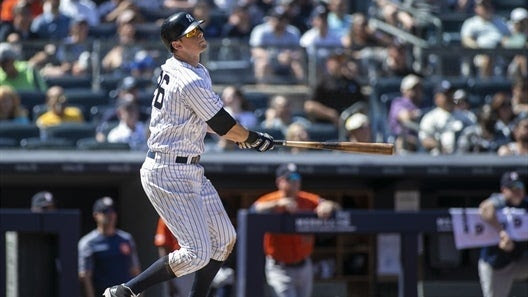 DJ LeMahieu was an all-around champ this week, as he tallied 10 RBIs, launched 3 HRs, and batted .435.

ARMCHAIR SLUGGERS had the biggest jump in the rankings thanks to DJ LeMahieu.

Putting up 44 RBIs, 3 saves, and 13 home runs pushed CITY SLICKERS II to the top of the pile.

Aroldis Chapman is the main reason for SCHNOOKERS’s jump in the rankings, as he totaled 3 saves.

Only coming up with a 1.41 WHIP, 1 save, and 26 RBIs caused MASTERBLASTERS to careen down three spots in our power rankings.

Yes, ARMCHAIR SLUGGERS moved up in the Power Rankings this week. But more importantly, Nomar Mazara hit a ball 505 feet.

Coming up with a .304 BA, 3 saves, and a 1.12 WHIP allowed TEABAGGERS to rocket up three slots in the power rankings.

Blake Snell didn’t have a single game last year where he gave up six earned runs or more, but has already had three such games this season (including one this week).

8 (8) SHAMS
Ramon Laureano is on a heck of a run right now- producing the most roto points of any player over the past three weeks.

DEADZONES had the worst performance of any team this week, which predictably led to a power rankings drop.

Around the League: Period 14 Recap

Look Out World Here They Come

Photo by USATSIARMCHAIR SLUGGERS stood out in the home runs category, banging out 18 of them. They were led by the tag team of DJ LeMahieu and Nomar Mazara, who together blasted 6 HRs. Mazara earned the fireworks (and then some) with this monster 505-foot home run smash Friday (tied for the longest in the StatCast era). ARMCHAIR SLUGGERS moved past SKINS and into 11th place. In addition, ARMCHAIR SLUGGERS were no longer in last place overall, moving up to 11th.

DEADZONES can’t afford to have many more weeks like this. They were bringing up the rear this week, coming up with only 26.5 category points. DEADZONES were at the back of the line in wins, RBIs, stolen bases, and saves. They stayed in 7th place in the overall standings this week.

MASTERBLASTERS is a little farther away from paydirt after this week, falling from 2nd to 3rd in the overall standings. They dropped due to slides in three stat categories, including a two spot fall in WHIP. Mike Shawaryn and Miguel Castro were the captain and first mate on the good ship failboat. Together they put up a 2.40 WHIP in 5 innings. Coaches Colin Scoggins and keith mckinley found out why Shawaryn was available on the waiver wire this week.

SKINS had the biggest jump in the rankings thanks to Evan Marshall.

Putting up a .316 BA, 9 stolen bases, and 14 home runs pushed MASTERBLASTERS to the top of the pile.

Coming into this week, CITY SLICKERS II hadn’t been truly terrible in the ERA category in any week this season. That streak of avoiding bad performances just came to a screeching halt.

SPACE COWBOYS have now had to deal with seven straight weeks where Billy Hamilton has underperformed his positional average.

Shohei Ohtani is the main reason for SCHNOOKERS’s jump in the rankings, as he batted .450, stole 2 bases, and launched 2 HRs.

5 (5) Colt 45s
Colt 45s put up big numbers last week, and followed that up with yet another huge performance this week.

Coming up with 5 wins, 41 RBIs, and 11 HRs allowed SKINS to rocket up three slots in the power rankings.

Only coming up with 0 stolen bases, 20 RBIs, and a .220 BA caused DEADWOODS to careen down three spots in our power rankings.

8 (8) SHAMS
Ramon Laureano is on a nice trajectory for SHAMS, improving his performance in our roto player metric for three straight weeks.

TEABAGGERS have been enjoying the services of Mike Trout, who has given them seven straight weeks of above-average roto performance.

DEADZONES had the worst performance of any team this week, which predictably led to a power rankings drop.

12 (12) SALUKIS
SALUKIS hasn’t had an above average team performance in four weeks.

Around the League: Period 13 Recap 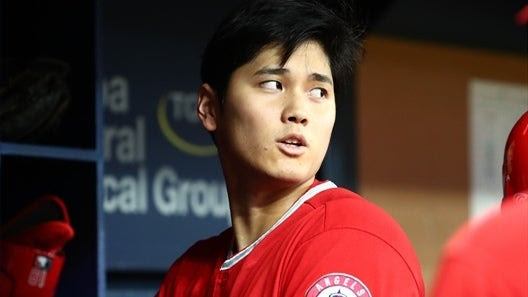 Photo by USATSISCHNOOKERS got the league’s top batting average performance this week from Shohei Ohtani. Ohtani hit .450 while leading SCHNOOKERS to a .268 BA overall. He went 4-for-4 Thursday and became the first Japanese-born player to hit for the cycle, and the first Angel since Mike Trout in 2013. SCHNOOKERS stayed in 5th place in the batting average standings. They fell from 4th to 5th in the overall rankings. 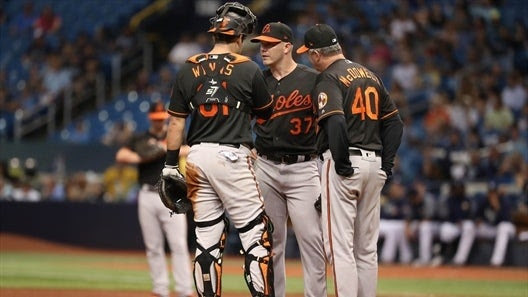 Given that DEADZONES had fallen in the overall standings during the previous four weeks, this week’s result shouldn’t come as much of a shock. They had poor showings in four stat categories, including moving down one spot in WHIP. Coach Stetz will have a hard time pinning the blame on any particular player. DEADZONES had four underperformers, with Dylan Bundy (a 2.00 WHIP) being the worst. No surprise then, DEADZONES dropped one spot in the WHIP standings (now 10th), 0.01 WHIP behind SCHNOOKERS. Things weren’t better in other categories, as DEADZONES fell from 6th to 7th in the overall rankings.

Colt 45s didn’t make much noise this week, staying in 4th place overall. Next week, however, could be a very different story. They are in easy striking distance of moving up in four separate categories- RBIs, stolen bases, home runs, and saves. Positive moves in each of those spots would give Colt 45s 68 category points overall, and a likely 3rd place position.

Hey, Some Team Had To Do It

Don’t have it no more

ARMCHAIR SLUGGERS has fallen on hard times in the home runs standings, where nine weeks ago they were in 3rd place. Their 5 HR performance this week caused them to drop one spot into 12th place. Coaches Jim Rodrigues and Paul Keriazes’ squad suffered from nine zeros in that category, one of which came from Guillermo Heredia, who also logged 0 RBIs and hit .125. 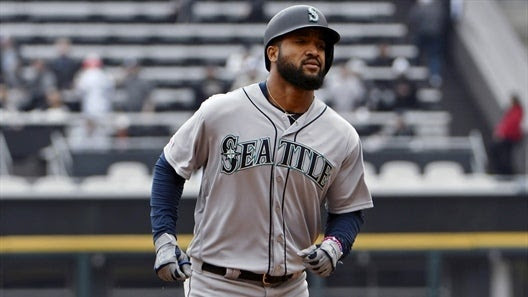 Domingo Santana was an all-around champ this week, as he cranked out 3 HRs, produced 6 RBIs, and hit .323.

DEADWOODS had the biggest jump in the rankings thanks to Domingo Santana.

Brad Hand is the main reason for SPACE COWBOYS’s jump in the rankings, as he put up 3 saves, produced a 0.25 WHIP, and sported a 0.00 ERA.

Putting up 6 wins, 7 stolen bases, and 3 saves allowed DEADWOODS to rocket up three slots in the power rankings.

MASTERBLASTERS have been enjoying the services of Yonny Chirinos, who has given them six straight weeks of above-average roto performance.

Colt 45s’ performance this week was a big turnaround from last week’s disappointment, allowing them a bump in the power rankings.

Only coming up with a 7.97 ERA, a 1.60 WHIP, and 2 wins caused SCHNOOKERS to careen down four spots in our power rankings.

Eloy Jimenez is on a nice trajectory for DEADZONES, improving his performance in our roto player metric for three straight weeks.

SHAMS fell in the real rankings this week, but they can take some solace in the fact that their performance impressed our power ranking metrics.

10 (10) TEABAGGERS
TEABAGGERS’s performance two weeks ago was in the bottom 20th percentile for the season, and so was last week’s.

12 (12) SALUKIS
SALUKIS hasn’t had an above average team performance in three weeks.

Around the League: Period 12 Recap 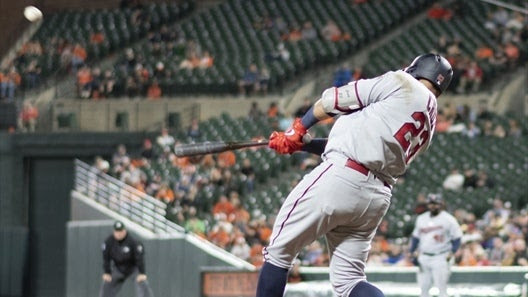 Photo by USATSINelson Cruz did about as good in the RBIs department this week as he did bad last week. Cruz racked up 6 RBIs while leading SPACE COWBOYS to 35 RBIs overall. His performance this week ended a four game streak of failing to hit his projections. Despite that, SPACE COWBOYS stayed in 3rd place in the RBIs standings. 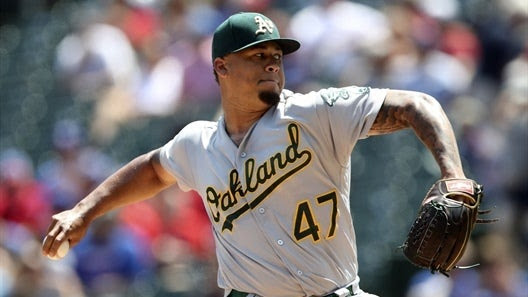 DEADWOODS weren’t messing around when it came to wins this week, winning 6 games. No other team won more games. DEADWOODS got contributions from more players (5) in that category than any other team, with Frankie Montas (2 wins) leading the way. That helped DEADWOODS move up from 6th to 4th in the wins standings. 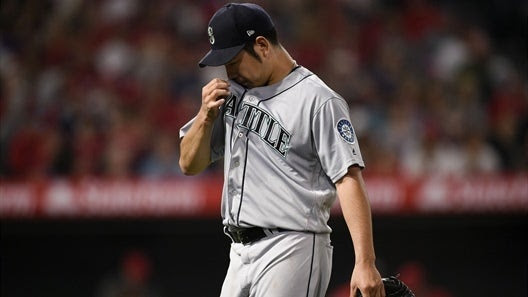 DEADZONES came into this week hoping for a change of fortune after moving down the standings for three straight weeks. They didn’t get it. Coach Stetz’s squad dropped in two stat categories, including moving down one spot in ERA. DEADZONES suffered through poor performances from Yusei Kikuchi, Joe Jimenez, and Luis Cessa, who collectively posted a 14.04 ERA in 8 and 1/3 innings. That caused DEADZONES to fall from 9th to 10th in the ERA standings, 0.21 ERA behind TEABAGGERS. DEADZONES also fell from 5th to 6th in the overall rankings.

SHAMS’s have been on a tear since finding themselves in 12th place in the batting average standings back in week one. Their .311 BA pushed them into 3rd place this week. Coach Dillon’s squad had three players lead the way, with Hanser Alberto, Cameron Maybin, and Tommy La Stella batting .417. La Stella cranked home run number 15 on Sunday, which is not a bad mark for a player with 10 career home runs (in 800+ AB) heading into this season.

SALUKIS were already struggling this season, and that was before they collectively took week twelve off. They fell in behind all other teams, earning only 36.5 category points this week. SALUKIS came in dead last in batting average, home runs, and RBIs with a .179 BA, 5 HRs, and 20 RBIs. As a result, they fell from 10th to 11th in the overall rankings. 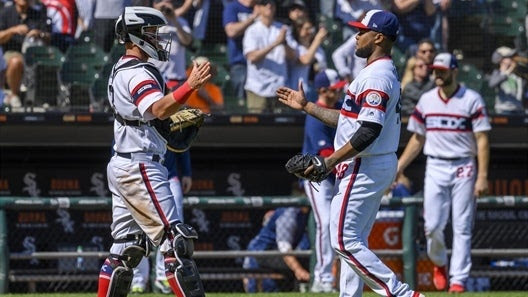 SCHNOOKERS had the biggest jump in the rankings thanks to Alex Colome.

Alex Colome is the main reason for SCHNOOKERS’s jump in the rankings, as he recorded 3 saves, tallied a 0.50 WHIP, and sported a 0.00 ERA.

SPACE COWBOYS have been the best in the league this season in the home runs category, and topped the league in that category again this week.

DEADWOODS have had to deal with seven straight weeks where Nick Hundley has underperformed his positional average.

Only coming up with 0 saves, a .223 BA, and 2 stolen bases caused Colt 45s to careen down five spots in our power rankings.

Yusei Kikuchi has now given up 20 hits And 10 earned runs In his last two starts, getting pulled in the fourth inning from both.

ARMCHAIR SLUGGERS moved up after finally getting an excellent performance in the stolen bases category.

Around the League: Period 11 Recap 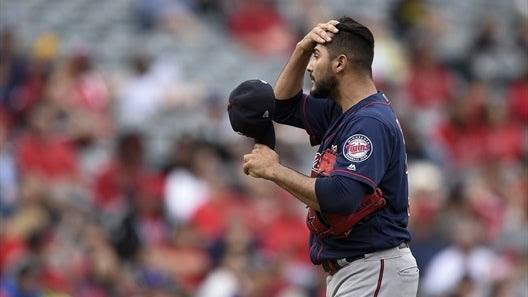 Photo by USATSISPACE COWBOYS‘s ERA was more LOL this week as it rounded out to a pitiful 7.02. Martin Perez stuck out as the worst performer, notching a 20.25 ERA in 2 and 2/3 innings. Perez’s performance this week definitively ended a four game streak of beating the experts’ projections. As a result, SPACE COWBOYS fell from 4th to 6th in the ERA standings.

We hate to say I told you so, but we called Colt 45s’ fall into 3rd place this week. Colt 45s got poor results in three stat categories, including a three spot drop in RBIs. They had three stooges, with Jason Castro, Khris Davis, and Rio Ruiz posting 0 RBIs. Davis returned from the injured list for the Astros series this weekend, but failed to make much of an impact, going a combined 1-for-8 at the plate.

SKINS‘s pitching was hot this week, but their hitting left a lot to be desired. They finished in first for the week in WHIP and ERA by putting up a 0.87 WHIP and a 2.40 ERA, while coming in 2nd in wins. SKINS’s hitters, on the other hand, finished in last place in home runs with 6 HRs, and also finished 10th in RBIs.

Coach Moynihan had so much going on in the home runs category this week that he could afford an imperfect lineup. SALUKIS produced the week’s 3rd best performance in the HRs category even with Christian Arroyo and his 2 HRs on the bench. Arroyo’s performance was better than every other bench-rider in the league. SALUKIS moved up the HRs standings for the 3rd straight week, going from 6th to 5th. 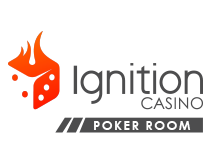