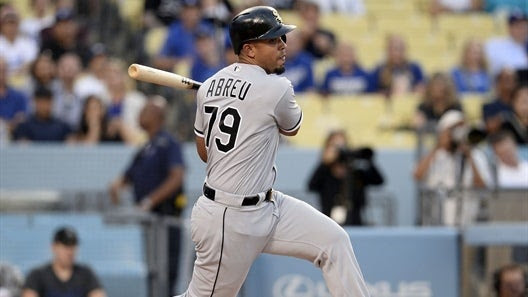 When it is all said and done, Coaches Jim Rodrigues and Paul Keriazes will have the bragging rights for this entire offseason. ARMCHAIR SLUGGERS ended the 2017 season with the league-leading total of 70 Roto Category Points. They finished in the top third of the league in five categories, including RBIs, batting average, and saves.

Looking at positional battles, nobody had a better infielder group than SPACE COWBOYS, who got 15.41 Additional Roto Points out of that position. Meanwhile, Coaches Kent Johnson and Patrick Whelan could only dream about good infielder play this year, as TEABAGGERS’s infielders were the worst in the league, costing their team 11.8 Roto Category Points. Danny Espinosa shares a big part of the blame for that lackluster group’s performance, costing TEABAGGERS 3.1 Roto Points during the 21 starts he made this year.

MASTERBLASTERS had lots of positional problems, which drove them into the ditch at 31 Roto Category Points. That was the worst mark in the league. They finished in the bottom third of the league in six categories, including home runs, RBIs, and batting average. They were let down by Bruce Maxwell, Jesus Sucre, and Ricky Nolasco, who collectively cost their team 6.3 roto points.

SKINS’s performance this year was a whole lot different on the mound then it was at the plate. Their pitchers were the best group in the league, while their hitters were ranked 9th. That corps of pitchers was led by Roberto Osuna, who recorded 39 saves and tallied a 0.86 WHIP in 66 appearances this year.

When faced with tough decisions, Coach Quinn, Cavan Quinn’s usual move was to just stay the course. SMOKING GUNS used less starters than any other team, putting only 40 different players into the lineup during the regular season. The lack of lineup moves worked out ok for SMOKING GUNS, as they finished in the middle of the pack in 8th place overall.

SPACE COWBOYS came so close and yet were so far, winding up in second place. They finished in the top third of the league in five categories, including being first place in home runs and RBIs.

It was all for one and one for all with Colt 45s this season, as they ended up with the most balanced lineup in the league. Unfortunately, this was more due to their top players not doing so well. Brett Gardner, Steven Souza, and Trey Mancini posted 6.4 Additional Roto Points (ARP) while in the starting lineup this year, one of the worst marks in the league. Their next three best players, Robinson Cano, Cole Hamels, and Joey Gallo, finished up at 4.6 Additional Roto Points (ARP).

There’s always next year for Coaches Colin Scoggins and keith mckinley. This year, however, MASTERBLASTERS wound up in last place in the overall standings. MASTERBLASTERS finished in the bottom third of the league in six categories, including home runs, RBIs, and batting average. They were let down by Bruce Maxwell, Jesus Sucre, and Ricky Nolasco, who collectively cost their team 6.3 roto points.

Jose Altuve was the rock upon which DEADWOODS were built, as he was the best player in the league, delivering the equivalent of 8.3 Additional Roto Points all by his lonesome. He swiped 32 bases, batted .346, and totaled 81 RBIs. While that performance was excellent, DEADWOODS did not manage an excellent finish, winding up with a ‘meh’ 7th place overall.

As Coach Dillon looks back on the season, they will no doubt fondly remember weeks 15 to 17 when SHAMS looked like world-beaters. They rose three spots in the overall standings over that happy stretch. George Springer was the key, as he was SHAMS’s best player over that span. Getting hot helped but didn’t put SHAMSover the top, as they finished in a mediocre 6th place overall.

Nobody Does It Better

Coaches Jim Rodrigues and Paul Keriazes took on all comers this season, and had what it took to prevail. ARMCHAIR SLUGGERS ended the 2017 season with the league-leading total of 70 Roto Category Points. They finished in the top third of the league in five categories, including RBIs, batting average, and saves. They were led by Alex Colome, Jose Abreu, and Nelson Cruz, who collectively came up with 14.1 Additional Roto Points while in the starting lineup.

Key Stat for TEABAGGERS:
Getting to watch Corey Kluber

TEABAGGERS might not have had the most enjoyable season in the standings, but at least they got to watch Corey Kluber. The Klubot overcame a slow start And a trip To the DL to win 18 games With a 2.25 ERA, making him the favorite to win the AL Cy Young. All his powers were On display in a masterful June 19th performance against the Orioles, when he struck out 11 as part of a complete game shutout Having plenty of highlight moments helped him win 18 games, notch a 0.87 WHIP, and sport a 2.25 ERA in 29 games started. 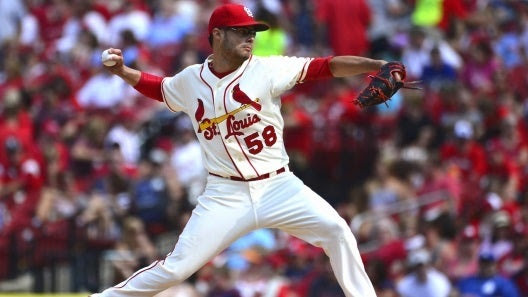 TEABAGGERS did their part to help other player’s batting statistics this week, winning only 1 game. They suffered from eight zeros in that category, one of which came from Joe Kelly, who also logged 0 saves and produced a 7.71 ERA. Kelly’s performance this week broke his four game streak of surpassing his projections. As a result, TEABAGGERS dropped two spots in the wins standings (now 6th). 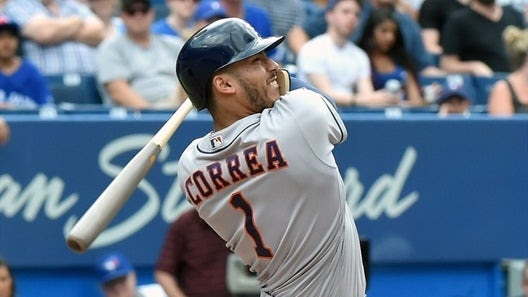 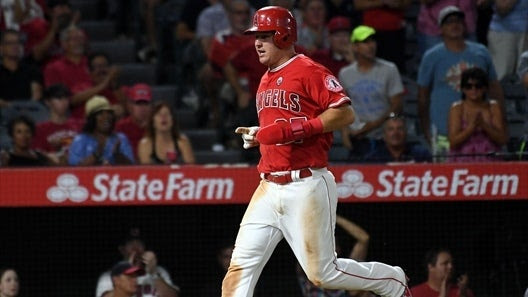 SALUKIS’s 11th place home runs ranking back in week three is a distant memory these days. Their 16 HR performance pushed them into 4th place this week. Mike Trout separated himself from the rest of the crew on SALUKIS, cranking out 4 HRs to go along with 6 RBIs and 1 stolen base. Trout reached a big milestone with his 200th career home run, and didn’t waste any time getting to number 201.

DEADWOODS have been struggling in the saves category this season, but looked good this week. They were saving like they grew up in the depression, notching five overall. Juan Minaya and Blake Treinen were the key contributors, logging 3 and 2 saves, respectively. Nevertheless, DEADWOODS stayed in 9th place in the saves standings, 1 save behind SCHNOOKERS. DEADWOODS fell from 6th to 7th in the overall rankings.