SALUKIS recorded a 5.08 ERA last week, but really turned things around this week. They came through to the tune of a 1.12 ERA. That total set the curve this week. As a result, SALUKIS jumped up seven spots and into 2nd in the ERA standings.

SCHNOOKERS have now crawled out of the basement and into 11th place overall. They can attribute the move to good performances in three stat categories, including moving up five places in home runs. A league-high nine different players contributed in that category, with Robinson Chirinos (3 HRs) leading the way. Those 3 HRs were the most that any catcher collected this week.

TEABAGGERS‘s hitters might be in need of an eye exam after they posted a .175 BA this week. They were practicing their manners as they put everyone ahead of themselves in the BA category. Coaches Kent Johnson and Patrick Whelan will have a hard time pinning the blame on any particular player. TEABAGGERS had ten underperformers, with Marwin Gonzalez (a .000 BA) being the worst. As a result, TEABAGGERS tumbled all the way from 3rd to 11th in the batting average standings, and also fell from 4th to 8th in the overall rankings.

The WHIP category has been no stranger to turnover at the top, having produced three different leaders in the previous three weeks. This week was no exception. DEADWOODS moved up five spots into 1st place after tallying a 0.74 WHIP. They had plenty of players step up in that category, as six starters beat the league average. Justin Wilson

After last week’s 1 win effort, it looks like TEABAGGERS were able to regroup. They weren’t messing around when it came to wins this week, winning 6 games. No other team notched more wins. As a result, TEABAGGERS moved up from 10th to 4th in the wins standings. 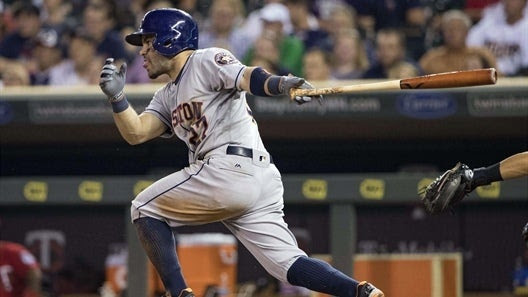 SALUKIS might want to schedule some time in the weight room after they managed only 2 home runs this week. No other team hit fewer home runs. SALUKIS had a league low two players who contributed anything in that category. Tyler Naquin was one of the twelve no shows. That caused SALUKIS to fall from 5th to 10th in the HRs standings. Things weren’t better in other categories, as they fell off a cliff in the overall standings, going from 6th to 10th.

Colt 45s made a move in the only category that really counts this week, going from 9th to 7th in the overall standings. They rose up due to good performances in three categories, including a two spot jump in RBIs. Coach Kelly’s squad was led by the tag team of Aaron Hicks and Trey Mancini, who together tallied 16 RBIs. It was not all sunshine and unicorns however, as Colt 45s dropped in three stat categories, including moving down two places in saves.

SCHNOOKERS and SALUKIS weren’t remotely close in the RBIs standings last week (12th and 7th respectively). After this week’s action however, they’re neck and neck (9th and 10th respectively). SCHNOOKERS accomplished this feat by totaling 36 RBIs. Coach Schneller’s squad got a nice group performance in that category, as seven players beat the league average. Jonathan Schoop was the first among equals, posting 6 RBIs. Meanwhile, ARMCHAIR SLUGGERS produced only 28 RBIs due to poor performances from Kyle Higashioka, JaCoby Jones, and Jarrod Saltalamacchia, who each failed to drive anybody in.